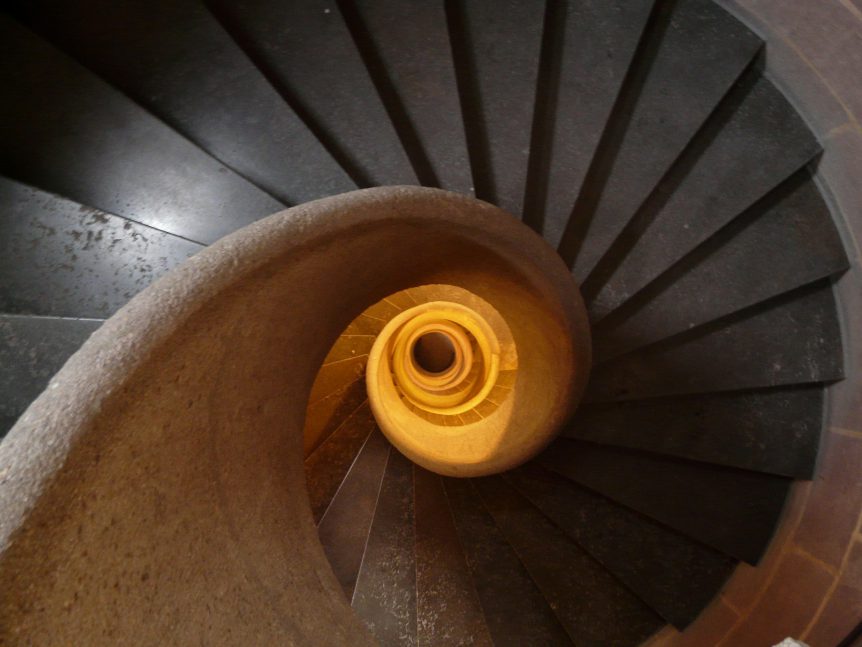 In data mining, expectation-maximization (EM) is generally used as a clustering algorithm (like k-means) for knowledge discovery.

In statistics, the EM algorithm iterates and optimizes the likelihood of seeing observed data while estimating the parameters of a statistical model with unobserved variables.

OK, hang on while I explain...

I'm not a statistician, so hopefully my simplification is both correct and helps with understanding.

Here are a few concepts that will make this way easier...

I see a model as something that describes how observed data is generated. For example, the grades for an exam could fit a bell curve, so the assumption that the grades are generated via a bell curve (a.k.a. normal distribution) is the model.

In other words, given a grade, you can use the distribution to determine how many exam takers are expected to get that grade.

Cool, what are the parameters of  a model?

A parameter describes a distribution which is part of a model. For example, a bell curve can be described by its mean and variance.

Using the exam scenario, the distribution of grades on an exam (the measurable outcomes) followed a bell curve (this is the distribution). The mean was 85 and the variance was 100.

So, all you need to describe a normal distribution are 2 parameters:

Going back to our previous bell curve example... suppose we have a bunch of grades and are told the grades follow a bell curve. However, we're not given all the grades... only a sample.

We don't know the mean or variance of all the grades, but we can estimate them using the sample. The likelihood is the probability that the bell curve with estimated mean and variance results in those bunch of grades.

In other words, given a set of measurable outcomes, let's estimate the parameters. Using these estimated parameters, the hypothetical probability of the outcomes is called likelihood.

You're probably wondering, what's probability then?

Using the bell curve example, suppose we know the mean and variance. Then we're told the grades follow a bell curve. The chance that we observe certain grades and how often they are observed is the probability.

In more general terms, given the parameters, let's estimate what outcomes should be observed. That's what probability does for us.

Great! Now, what's the difference between observed and unobserved data?

For data mining and clustering, what's important to us is looking at the class of a data point as missing data. We don't know the class, so interpreting missing data this way is crucial for applying EM to the task of clustering.

The EM algorithm iterates and optimizes the likelihood of seeing observed data while estimating the parameters of a statistical model with unobserved variables. Hopefully, this is way more understandable now.

By optimizing the likelihood, EM generates an awesome model that assigns class labels to data points -- sounds like clustering to me!

How does EM help with clustering?

EM begins by making a guess at the model parameters.

Then it follows an iterative 3-step process:

Since we do not provide labeled class information, this is unsupervised learning.

A key selling point of EM is it's simple and straight-forward to implement. In addition, not only can it optimize for model parameters, it can also iteratively make guesses about missing data.

This makes it great for clustering and generating a model with parameters. Knowing the clusters and model parameters, it's possible to reason about what the clusters have in common and which cluster new data belongs to.

EM is not without weaknesses though...

Checkout how I used EM

What data mining does Google do? Take a look on the main list...